Billiards is not just a sport or an activity to do with friends, but a whole universe where knowledge of the vocabulary and technical terms is necessary to make the most of your table. 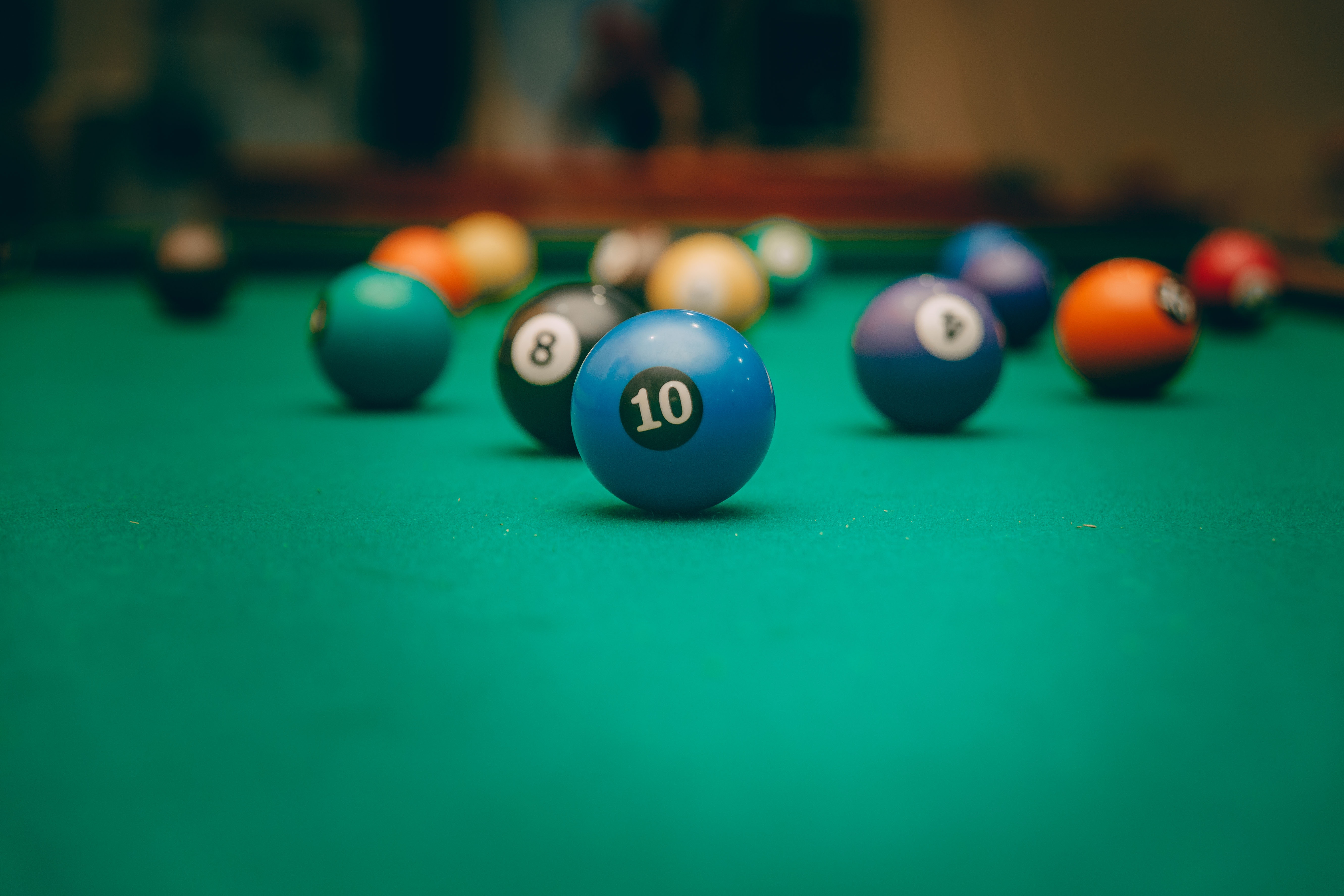 Arrow: The upper part of the cue just before the shot.

Attack: The point at which the cue tip hits the ball.

Backspin: A playing technique that causes the cue ball to move backwards or stop on contact with the object ball by hitting it under the centre.

Blue (or chalk): A cube of chalk to be applied to the cue ball to prevent it from slipping off the ball.

Bump: An unintended collision between two balls, preventing a pile-up.

Carambolage: Coming into contact with the other two balls with the cue ball.

Casin: A French billiard term for hitting the red ball so that it touches a cushion before caroming another ball.

Casser : The first shot in billiards, where the cue ball hits the triangle.

Carambole: The name of the red ball in French billiards.

Carreau: Effect allowing the cue ball to stop immediately on contact with the other ball.

Carrot: To put the opponent in a difficult position.

Coller: The placement of the ball touching the cushion or a ball.

Counter: Successive double impact of the cue ball with an object ball.

Cue ball: A white ball that is the ball hit directly by the player.

Cushions: The sides of the billiard table made of natural rubber, allowing the balls to bounce and spin.

Defence: A strategy that aims to prevent the opponent from playing in a favourable situation.

Distance: Number of points to be reached to win.

Dominant : A game technique that aims to keep the opponent's balls in the direction of the corners through the impact of the balls.

Effect : A playing technique that gives the cue ball or any other ball a particular rotation on impact.

Elan: The distance between the cue tip and the cue ball, which varies according to the power of the cue stroke.

Fauchage: A lateral movement, often involuntary, that deflects the shot.

False Cue: A slippery process on impact with the cue ball due to lack of chalk. Reduces the range of the shot, the ball taking an unintended direction.

Ferrule: The ring to which the process is attached.

Flies: Points on the mat on which the balls are placed at the start.

Foul: An illegal action resulting in the point being declared void and sometimes in the loss of the advantage (or the game).

Front cushion: A billiard shot in which the cue ball hits a cushion before colliding with the object ball.

Goal ball: Any ball other than the cue ball.

Height of attack: The height of the place of impact of the cue on the ball to give the ball the desired rotation.

Limage: Back and forth movement to prepare for the cue stroke.

Lengthening : The extension of the cue shot on the cue ball beyond what is recommended for normal play.

Massé: The effect of giving a curved trajectory by attacking the cue ball at a vertical angle.

Object ball: Refers to the ball aimed at by the player.

Puffing: A technique of playing to keep the balls in a bundle by playing them softly.

Piquer: An effect that consists in attacking the cue ball vertically to make it go backwards.

Pocket: A hole in a pool table.

Pushing: A foul that consists of leaving the cue tip in contact with the cue ball after it has touched another ball.

Process: The point of contact of the cue with the balls.

Pointed ball: A ball with two coloured dots on each side.

Cue: An object used to play billiards. Used to push the cue ball.

Cueing: Multiple contacts between the cue tip and the cue ball during the execution of a shot.

Rake: An accessory used as a resting point when the cue ball is too far away for the player to guide the cue shaft with the hand.

Recovery: The number of times a player comes to the table in a round.

Sinking: A technical effect that allows the cue ball to continue its trajectory after hitting the object ball. It is achieved by attacking the cue ball over its middle.

Straddle: The technique(s) of holding the cue by the hand to guide the cue ball.

Head (attack in): Attacking the cue ball on the high side.